My five-year-old daughter will start kindergarten in September. This fact elicits plenty of responses from people who don’t know her well.

“Wow, she is small for her age. My son/daughter/cousin/grandchild starting 4K is at least a few inches taller than her!!”

I know these statements aren’t meant to be malicious. But the words make me squirm like a nervous creature being examined under a bright light. Yes, my daughter is tiny—she always has been, and likely always will be. Her size is due not only to genetics (our family is on the petite side) but also to some serious complications while she was in utero. In a nutshell, I got pretty sick during the pregnancy and my little girl had to subsist on a lot less nutrition than she needed. Fortunately, despite arriving nine weeks early, my daughter was healthy. After a battery of tests and visits with fancy-sounding doctors over the years, we recently received this super formal medical diagnosis: she’s probably just meant to be very small.

But knowing my child is healthy doesn’t make me any less uncomfortable when people comment on her size. So I do what comes naturally when I feel defensive: I babble, almost apologetically, describing her precarious start to life and how she’s never made it onto on a normal growth chart. I emphasize how our family is short in general. And, even though I know that petiteness and strength are not mutually exclusive, sometimes I’ll even slip in, “She’s small, but tough!”

For some reason, I feel compelled to justify my child’s size to a world in which virtually 100% of kids her age are taller than her. Maybe it’s my way of dealing with the doubts and insecurities that these conversations bring up for me. Maybe I’m hoping my long-winded explanations can somehow distract me from the icky, unsettling mixture of guilt and worry that swims beneath my skin. A feeling that’s always there, constantly churning, fueled by an endless supply of unknowns and “what-ifs:”

Could I have done more to prevent my daughter’s prematurity? Will she face future health challenges that the doctors didn’t predict? Will the fact that she’s so much smaller than her peers create limitations in her life, her relationships, her career?

My daughter seems to sense that size could be a thorny issue in her life. She proudly tells anyone who will listen, “I am five now.” She bristles with indignation when her older sister calls her “baby.” She’s fully aware when someone is talking about her, and she’s started to quiz me on these conversations. At the park this summer, she scowled at me and asked, “What were you telling that lady, when you said I looked small for my age?”

She’s caught me in my own bad habit.

This, more than anything, is why I have decided to just stop. I know I can’t control what other people say, nor can I change my daughter’s DNA or the course of events that compromised her early growth. But I can be mindful of my own attitude and help my daughter recognize that her intrinsic value and potential as a person have nothing to do with physical size.

Among many other things, this means my daughter should never hear me discussing her appearance in a manner that suggests something needs to be apologized for, rationalized or explained away. As if there would ever be a reason to imply she doesn’t measure up, that she’s somehow not enough, just as she is. Admittedly, I’ll always have concerns about my child’s small stature—after all, worrying is practically part of my job description as a mom—but I’m realizing that I need to do whatever I can to avoid instilling these fears in my daughter. Because deep down, I know that size will only be a limitation if we treat it as one. I want my daughter to know that I will always believe in her, and that it really doesn’t matter one smidge whether she’s in the 1st or the 100th percentile on the growth chart—she is strong, capable, and amazing. She isn’t “small but tough;” she IS a tough, tenacious girl who also happens to be little.

So, these days, when the topic of kindergarten comes up, I try to keep my response simple: “Yes, it will be a big adjustment! We’re all looking forward to it.” I smile.

And my daughter smiles too. 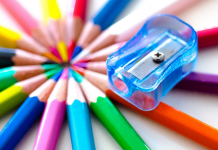 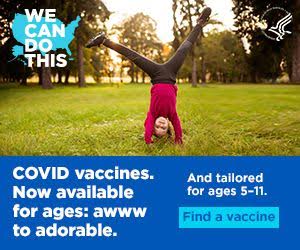