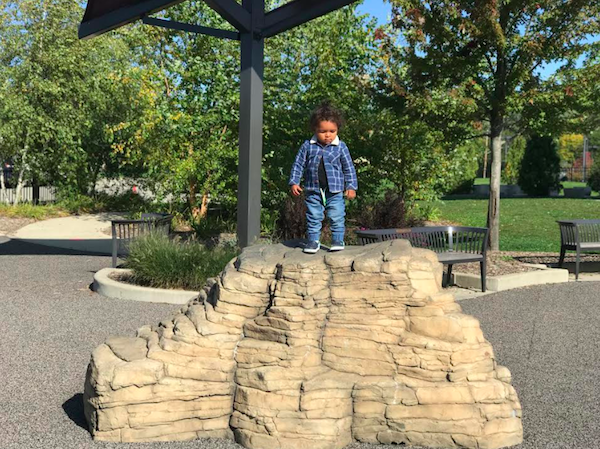 I am raising a risk-taking toddler.

My son becoming a risk-taking toddler did not happen intentionally, but here we are at eighteen months with a child who will climb and jump off of anything in sight. He will run at full speed down the steepest of hills and approach the scariest looking dogs and give them a hearty pat of the butt faster than I can pull him away.

After eight years in education, I knew that when I finally had my own kids, I would try my hardest not to be a hovering mama (better said than done). I have to continually remind myself to let my son explore his independence and sharpen his skills. In my heart and soul, however, I want to follow my son all day long and act as a bubble of support for him. But in reality, as a full-time working mama, that is obviously not possible.

It started with small acts of risk-taking. My baby would crawl up the stairs of the playground and propel himself head first down the slide. Then he moved to his signature risk: climbing. He is like a goat that always wants to be on the highest platform in the room. He will grunt and maneuver his little body to reach any summit. 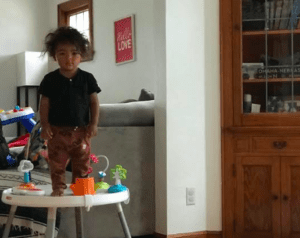 Now, he has added another risk-taking toddler move to his repertoire. After he has climbed to the highest place in the area, he jumps. He will jump up and down, side to side, and then ultimately his goal is to jump off.

I am hoping that his next milestone will be to understand natural consequences.

At first, I felt that the risks that he was taking were a reflection of my parenting skills…and not in a positive way. Now I am starting to accept the risk-taking toddler lifestyle that my son has adopted. The longer it continues, the more it appears to be part of his personality. I was also informed recently (by my own mother) that studies show that letting kids take risks is actually a great way to help your child learn and grow. I will hold on to this little piece of data when my toddler starts to climb the nearest object and cross my fingers with each leap he takes.

But…just to be safe, my husband and I probably should start an emergency room fund for future stitches and broken bones.