Just the words “human trafficking” sound harsh — and the reality is, they outline actions that are even worse.

But this is not a far-away problem, an issue for someone else, or a challenge that other people need to deal with. This is a Wisconsin problem, and even more specifically, a Milwaukee epidemic. Milwaukee is a nation wide hub of sex trafficking, for both suppliers and supply.

Pimp culture runs deep within the roots of this city’s history. It also makes Milwaukee a hot spot for the underground trade of humans, specifically minors.

79% of human trafficking cases in Wisconsin occur in Milwaukee and 92% of Milwaukee’s known cases involve girls under the age of eighteen.

The fight for freedom has come to our doorstep. Fighters across the globe and in our own backyard are shining a light on slavery and taking a stand. Education is being provided, questions are being answered and the word is out that parents can and MUST be involved.

The team at Exploit No More (ENM) has made it their mission to counter the darkness of child sexual exploitation with light through the key areas of awareness, advocacy, and aftercare.

We’ve partnered with Ink to the People to design an exclusive signature t-shirt just for MKE Moms Blog readers to benefit our friends at Exploit No More, joining them in the fight to end trafficking in Milwaukee! All funds raised through the sale of this t-shirt will be donated to Exploit No More.

Through the sale and wearing of this #EndItMKE t-shirt, we are taking a purposeful step in telling sex trafficking it will no longer be tolerated in our communities. We, the parents of Milwaukee, are standing up to say….

Not in our city. Not to our kids. Not on our watch.

Ink to the People is a Milwaukee company that brings t-shirt fundraising right to the people and we are thrilled to partner with them on this campaign. From school fundraisers to nationwide campaigns, Ink to the People makes it easy to raise funds for your cause with full transparency, no inventory and no worries. It’s fundraising made simple.

**MKE Moms Blog does not take a single penny of profit from the sale of these shirts. All funds goes to the production of the shirts and to benefit the currently featured organization.

A HUGE thank you to Brandon Brown of Roost Photography for the incredible images featured in this shirt campaign.

The Red Flags of Human Trafficking 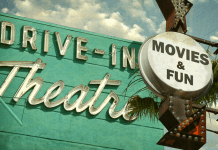