It’s finally happening! We’ve been waiting more than a year to bring you the news that the IMPROV Comedy Venue at The Corners of Brookfield is opening August 20th, 2021!

About IMPROV at The Corners of Brookfield

The 13,049-square-foot premium entertainment venue, located on the lower level of the northeast side of the town center, features two live performance stages with full food and bar service. Entertainment it will bring to the greater Southeast Wisconsin community will include some of the top comedians in the industry. The venue will also focus on discovering and empowering local talent through open mic nights, showcases and performance spotlights.

The venue’s comedian talent line-up for mid-August through early December shows will be announced mid-June and tickets will go on sale in late June. Those who sign up for more information at www.Improv.com/Milwaukee will have the first opportunity to purchase pre-sale tickets for all Improv shows before general public tickets go on sale.

We seriously can’t wait to get back in the seats for live performances of all kinds, including live comedy! 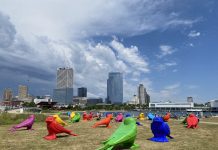 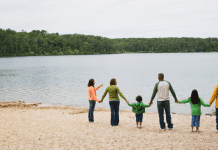