It’s been over a week, and I’m still reeling from The Interview.

I didn’t realize how curious and drawn to it I’d be. Apparently I’d filed its broadcast in the back of my mind, because I found myself in front of the television minutes before airtime, anxiously waiting for it to begin.
I’ve never been much for keeping a close eye on the Royals. I’ve never gotten up in the middle of the night to watch a big royal event unfold in real time. I’ve never kept track of who has what title and who is related to whom in what way. I don’t even know the names of William and Kate’s children (or, honestly, how many they even have). I’ve watched some, but not all, of “The Crown.”

From One Biracial Mom to Another

I do know who Meghan Markle is, because I followed her long before she became connected to Prince Harry. I followed her work as an actress, and have stayed in the know about all of her ups and downs ever since. Both biracial women, then as partners in interracial relationships, and now mothers of multiethnic children — we have had a few things in common. And regardless of my completely ordinary station in life, I’ve always felt drawn to her work and her story because of those connections.
The night of Oprah’s exclusive interview with Meghan and Prince Harry was enthralling and validating in more ways than one. There was much shared and left to unpack. But still, all these days later, the moment that stuck with me the most was the one so many others also found shocking: The question of the potential hue of her unborn baby’s skin. For many of us nonwhite viewers, it was a shocking-not-shocking moment. Perhaps it was the airing of it that was shocking? That someone was actually calling a powerful white family to account, laying out private business for the rest of the world to digest? It certainly wasn’t that white people may question a brown child’s origin or want to put him into a category. That, for communities of color, was old news.
As a biracial person of a certain age, I’ve got my own baggage of singular but often shared experiences. Among them is always being aware that many (if not most) people generate a slew of thoughts, feelings, and questions about me upon sight. Friends and strangers alike feel entirely comfortable saying and asking all kinds of things, just because I appear a certain kind of different.
“What color are you? Where are you from? Which of your parents is which? What do you do to your hair to make it look like that?”
Whether or not intentional, these questions and more were some of the microaggressions multiethnic people are routinely subjected to. Called out as Not White or Not Black. Seen as neither instead of both.
Before our baby was born, my husband and I thought about the many different ways our child might look. We loved considering the wide range of genes and traits in our ancestries, and how they could come together, as we imagined what combination of us we’d soon hold in our arms.
But in the back of my mind, I always wondered whether (and if so to what degree) our child would be at risk physically and emotionally because of his appearance. How much danger would he be in when bias was at play? When prejudice and ignorance reared their ugly heads? When colorism and racism, in their many forms and layers, became apparent (at least to us)? Once he joined us, and as he grew older, those hypothetical thoughts became conscious discussions. Over time, they became conversations my husband and I had, and continue to have, on a regular basis as often prompted by one heartbreaking news story after another.
So that’s why, a week later after being aired, Meghan’s words, her presence, her dignity, and her vulnerability are still with me. Deeply. Because so often in this world, for as long back as I can remember, I have always been an Other, on the outside looking in — to communities, to families, to myself. Always looking different, often feeling different. Growing in every struggle to determine my identity and my voice. Continuing to do so, now also as a mom of a child who may one day wade through the same sea of questions, assumptions, emotions. Worried for that son in an increasingly dangerously divided world.
I feel SEEN. By the conversation itself and the commentary since. And if anything shocked me or shook me, it was the realization that I hadn’t felt this seen before.
The royal interview was filled with bombshell and milestone moments. It will remain in the memories of millions for as many reasons. And regardless of what people think about it, from royals to trolls and everything in between, I am so thankful for the moments and memories I connected with it. I honestly believe that I will be forever changed… and that I’m not the only one. 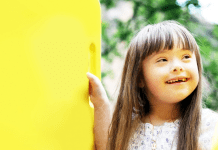 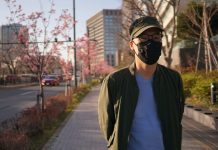 Be Gentle With Your Asian Friends, Microaggressions Hurt Us Too Milwaukee Mom - April 19, 2021 0
As spring has slowly arrived, we are all eager to get outside and enjoy the sunshine and sweetness of berry season! Start dreaming of...

Kids’ Night Out at the Wisconsin Humane Society