From the time he turned four, going literally anywhere was a terrifying experience. He would bolt from the car and climb a light pole or run to see something interesting on the opposite side of the street. He narrowly escaped being hit by a car hundreds of times. In public places, it was a given that he would have a tantrum, often the kind where he screamed, hit, and bit….himself. He lacked the ability to calm himself so the episodes could last hours. My soothing often was futile but I would sit on the grocery store floor with my screaming, writhing toddler keeping him from banging his head on the concrete.

To the outsider I looked like I had zero control; they didn’t know the daily challenges this child faced.

I had to learn how to defend him when he was still very young. At first, it was just the well-meaning lady at the check-out counter who thought he was cute, but was then offended by his lack of reciprocation. Then it was other parents, neighbors and teachers who often judged him as if he were behaving this way on purpose. I often referred to his Aspergers as the invisible disease. He looked like a “normal” child, but the world needed some other kind of reminder to be kind to him.

As he progressed in school, I had to become fiercer in my defense of Quinn when he was bullied on the playground, when teachers and parents misunderstood him, and when principals suspended him. I could not believe how mean kids could be or how clueless certain adults were. I felt like I was a walking talking after-school-special, constantly trying to educate and inform.  Regardless, we fought like hell and broke down barrier after barrier for him. I memorized every relevant special education law and learned how to advocate for him during an IEP.

Every time someone said he wouldn’t achieve a milestone, it only made me try that much harder. We created a supportive village of tutors, teachers, therapists, doctors, occupational therapists, speech therapists, nutritionists, psychologists, mentors, friends and family. We were Team Quinn and that team cheered loudly every time he crossed another marker that he was told he couldn’t accomplish.

Quinn was the first freshman to be admitted to a non-traditional charter school our district offered. It had an open classroom, community-focused learning approach, and he was exposed to urban gardening, horse farms, homeless shelters, mission based work, and volunteerism. Those fours years were amazing and transformative but there was also a lot of heartache. Quinn changed rapidly over those years maturing physically and emotionally. It was painful watching Quinn come to peace with himself, learning to accept and love who he was no matter what others in the world thought. He carefully peeled away the layers, years of pain and suffering, examined them, and then stepped away from them.

From the time I was 19, my job was to be his Mom. I had actual jobs and eventually other children but my first real role in this life was to make sure he thrived, no matter the challenge. When I look back on it now, I cannot believe what he accomplished. I see him now and smile when I think of the doubters. What I did not expect was how hard it would be to let go of being this kind of mom to him. I have always fought for him, we had a process, a plan and it has almost always worked. What I forgot to plan for was an exit strategy. He will be 22 this May on Mothers Day just like the day he was born, and I have to let go. Some of the worst mistakes I made in my life turned into the most beautiful things, and I want that for him. You are always a parent, no matter how old your children are and this is especially true for parents of kids who may be born into a different path in life. The reality I am becoming aware of is that even these kids deserve to walk alone, stumble, pick themselves up, and keep going.

During a rough period in Quinn’s life, then Vice Principal Mark Harris, who was a very significant part of our team, and I had a rather heated telephone conversation. After a lot of back and forth arguing about Quinn and his behavior, I felt depleted and said I was sorry. Without skipping a beat Mark said,  “Sarah, never ever apologize for being an advocate for your child.”

In a split second those words validated my whole life with this boy, and it is those words that I will cling to as I let go. My wish for Quinn is also to never apologize for being an advocate for himself and to forever remember Team Quinn will always be there quietly cheering him on. Teach Your Kids a Second Language From Home 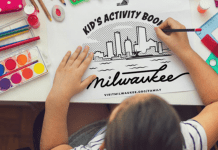