Over the years, we have been lucky to receive many hand-me-down clothing items for my son. So, I shouldn’t have been surprised when my son found a stash of boy’s bow ties that I’d packed away in one of his drawers and forgotten about. It didn’t occur to me that he would be interested in them. I was wrong.

From the moment my son first laid eyes on a bow tie, it was love. He made a point to put on collared shirts so that he could clip or Velcro one of his bow ties on. I would be lying if I said it didn’t give me joy to see him out and about looking dapper. While his initial obsession faded after a few weeks, to this day, he still loves putting a bow tie on for any holiday or dress-up occasion. So, I have to make sure we have at least one button-up or polo shirt that fits him at all times. Other than that, all was well in the world of bow ties. Or so I thought…

About a year ago, my son insisted that my husband start wearing bow ties too, so they could match.

It wasn’t purchasing the bow tie that was the issue. There are tons of websites where you can purchase bow ties. Picking my favorite pattern was a bit of a challenge. But nothing prepared my husband and me for having to tie an actual bow tie.

Bow ties are all fun and games until you have to actually tie one!

At first, my husband tried to follow the printed directions that came with the bow tie. After several failed attempts, I tried to give it a whirl. No go.

I was ready to throw the bow tie out the window when we realized you can learn to do anything on Youtube! Turns out there are many instructional videos that lay out exactly how to get the bow tie job done. The end result was two handsome men in bow ties.

In addition to their overall aesthetic, I’ve discovered a few unexpected bonuses of the bow tie. For one, I don’t have to worry about it falling into a plate of food, which means less laundry for me. For another, I have less fear of a bow tie getting caught on something when the boys are running around or roughhousing.

I have to say that I’ve grown quite partial to the bow tie as the months and years have gone by. It’s definitely not something I would’ve thought I’d know so much about at this point in my life (I thought maybe later for formal dances.) But, bow ties have brought fashion and joy into my home, and I wouldn’t have it any other way. 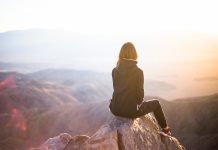 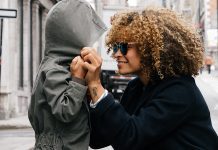