Get a vasectomy. Yes, you.

Yes, yes, and yes? Get a vasectomy. March is becoming a popular month for vasectomies because men are aligning their recovery time with March Madness.

If you’re not sure what to expect, let me tell you about mine. It was two appointments: a short consultation one day, and a straightforward outpatient procedure another day.

I began by meeting my urologist, a calm man who had the softest hands I’d ever felt and a gentle Southern twang. He started with a standard speech about how getting a vasectomy doesn’t make me any less of a man. I interrupted and told him he could skip that part. No need to sell it to me. “We can take care of it right now,” I said, unbuckling my belt.

The way I saw it, this is what I’d wanted since becoming sexually active: UNLIMITED SEX with a trusted, clean partner and NO FEAR OF PREGNANCY. It’s like a superpower.

For the rest of the consultation, he clearly explained the procedure: He’d first make a small incision to gain access, then he’d snip each one of my vas deferens (a term I hadn’t heard since ninth-grade health class) and cauterize the ends, thus sealing them shut. One stitch to close me back up, and that’s it. They used local anesthesia to numb the area, and I asked for loopy juice to knock me mostly out.

The doctor told me that my body would still produce sperm—it’s just that the sperm would now hit a wall before it could mix with semen and exit my body. “What happens to the sperm?” I asked. He said the sperm die and my body eliminates them, the same way our bodies eliminate other dead cells every day. Huh. It sounded fine to me.

I asked about the rumors that vasectomies sometimes don’t work. The doctor explained that vasectomies do work, but it’s important that I do 10 to 15 self-service sessions after the procedure to rid myself of any live sperm still swimming around. After that, I’d bring in a sample for them to test. If the sample contains no sperm, I’m good to go. He said that if anyone claims a vasectomy didn’t work, he’d guess the man had neglected to do the full follow-up. I assured him I’d clean my pipes at least 20 times to be on the safe side.

I put on a hospital gown, I got on the table, someone gave me the anesthesia, someone else shaved me, and that’s about all I remember. I came out of my haze 30 minutes later, and it was done. I have a vague recollection of hearing the doctor say, “OK, that’s one down,” but the rest is a blur. The doctor said I cracked jokes through most of it.

That afternoon, my wife was driving me home.

The doctor emphasized the importance of post-operation rest to avoid swelling. He also suggested wearing tighty-whities for a week to help hold everything in place. The last thing you want is for your nice little coin purse to inflate to the size of one of those money sacks that cartoon bank robbers carry.

For four days, I relaxed in bed, periodically applying a bag of frozen corn to the affected area. There I was, watching Netflix, a bag of niblets on my giblets, drifting in and out of sleep. No work, no errands, just a little doctor-ordered staycation.

Then, it was a matter of knocking out those 20 maintenance sessions and bringing in my sample. (Turns out you DON’T have to fill the cup to the top). A few days after that, I got the call with the green light.

So, come on. At least find a urologist and go in for the vasectomy consultation. March Madness is right around the corner, and the ball’s in your court. 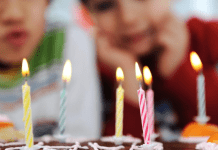 5 Life Skills I Gained as A Food Allergy Mom 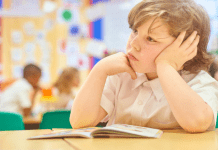 Why the New School Year Can Reveal Hidden Learning Problems 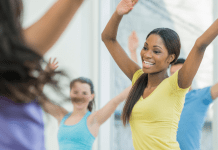 I WERQ Before Work 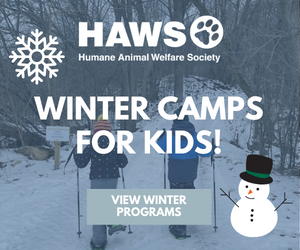