I moved to Milwaukee in November 2011 for an incredible career opportunity. I was working at a company I liked with an amazingly smart team. It seemed like a good professional step.

And, the money. The money was unbelievable. Honestly, I chose this job (over two other offers) because the pay was more than I ever made, with a ridiculous bonus structure and a robust relocation package. Since I was going through a divorce, the money ensured I’d be able to take care of the kids financially, no matter what happened on the legal side of my failing marriage.

And it was a good job. I loved the people I worked with. The work was (mostly) fun. The hours were long, but I justified that to myself because I was making bank. The kids were safe and healthy and happy with my mom, who made the move to Wisconsin with us. So it was no big deal, right?

But two months into my tenure at the new job, my estranged husband died suddenly at his parents’ home in Indiana.

For several months, we continued on, but I realized that no matter how much money I made, there was something missing. Something money couldn’t fix.

I was suddenly resentful that I was leaving for work while the kids were asleep, coming home after they were in bed. Work travel took even more time away from them. My daughter needed speech therapy to correct a speech delay, and I wasn’t there to practice her lessons. I couldn’t remember the last time I made dinner or helped with my son’s homework.

Money didn’t fix any of that.

My son started acting out in school, and I struggled to make time to meet with his teachers because of work demands. He wanted to join extracurricular activities, but there was no one to drive him to/from practices. He had questions about his dad’s death, and I wasn’t there to answer them. He was hurting, and I couldn’t fix it.

I found myself sinking into a depression, and after much self-reflection, I realized what I needed – what my family needed – was time.

As if the universe knew, a job posting for a teaching position appeared in my email messages. (I never unsubscribed to job posting emails, for some reason.) It was in my area of expertise, but it was probably a long shot, I thought. Still, I applied – and got the job a few weeks later.

The job came with flexibility. I’d be able to take the kids to school, and be home in time to make dinner and eat with the family. I’d be able to attend school activities and volunteer. There wouldn’t be any more travel, and no middle of the night the-world-is-on-fire phone calls or emails.

Seemed like a dream. But then there was the issue of money.

The pay cut was extreme. And as someone who’s always “chased the dollar” as my dad said, deciding to accept 60 percent less pay was tough.

But the reward was time. Time with my kids. Time for me. Time for friends and family. Just time.

I jumped, and in the fall of 2012, I started teaching at a local university. For my family, even after the pay cut, it was the right decision.

Every once in a while I think about what that “missing” money could give us – better vacations, a bigger house, a newer car, more clothes – but that’s just all stuff.

Know what you can’t buy?  Time. 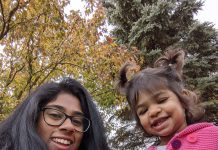