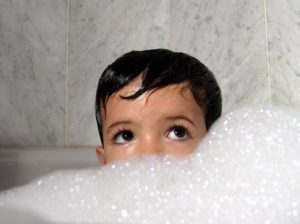 A long time ago I accepted the fact that when my husband and I had children, they would look more like him than they would me. No big deal. My husband is quite handsome, so I wasn’t worried.

When we were in the market for our first home, we both agreed that we wanted to find a community that was racially diverse. Having grown up in the suburbs, I could count on one hand the number of kids who identified as something other than white. Knowing that our child would be mixed race, we didn’t want him or her to feel like an outsider simply by being one of that handful of kids who aren’t “White.” We settled on a home in a Milwaukee suburb. In a neighborhood that is fairly diverse. There is always room for improvement but we thought this would be a good fit for our growing family.

When our son was born in 2015, I think everyone was a little surprised with how much he resembles me, and not my husband. While I am thrilled that my son looks like me, this has posed quite the dilemma for us.

My husband is Filipino and when asked his race he replies “Asian” and more recently, “Other” if the option is available. I on the other hand always check the “White” box. What box do we check when asked to identify our son, who is half of each? On the one hand we want to celebrate the fact that he is Filipino and want him to embrace his uniqueness.

On the other hand, in present day society, it seems easier to check that “white” box. With one check of a box, I have the power to officially induct my son into the world of White Privilege.

I know that, because of my skin color, I have been afforded many opportunities that others with the same abilities, education, or experiences, have not. As a parent who wants the absolute best for her child, don’t I also want to give him those opportunities/assumptions/easier roads that come with being white? But is that fair? Am I taking advantage of a broken system?

What happens when he applies to college or for scholarships? Wouldn’t he have a better opportunity of acceptance as a racial minority? On this side of things, that “Asian” box is looking better and better. But again, isn’t this trying to manipulate “the system” for personal gain?

To compound this issue even more, my husband was adopted and the only culture he knows is White American culture. He doesn’t have any knowledge or ties to his birth country, and as of right now he has no desire to learn more about it.

As a mother, I feel very conflicted…

On the one hand, I want to give him the world. I want him to have every chance and every opportunity to excel and flourish in his life. But what I don’t want is to teach him to take advantage of situations by playing into the race issues we already have in our country. I don’t want him to learn to see race as a way to get ahead. That “White” trumps “Asian,” “Hispanic,” “Black,” etc. I want to teach my son to celebrate and respect the differences we have. But to also recognize we are all human beings, we are all someone’s son/daughter, brother/sister, husband/wife, etc.

After discussing it with my husband, we are still undecided on how to answer the question about our son’s race, but for the time being we will be choosing “other” or declining to answer. We want to let him grow up to be who he is instead of putting a label on him and subjecting him to expectations and assumptions.

This piece is part of a series here at MKE Moms Blog entitled C.A.R.E. We want to initiate conversations about racial equality (CARE) and to call people into the discussion around social justice in our Milwaukee community and beyond. By having these conversations, even if they are uncomfortable at times, we hope to challenge ourselves and our readers.  We will support this dialogue with new perspectives, resources and ways to get involved. We are in this together and ultimately, we want to provide connections: Mom to Mom. And we believe in the power of stories to create these connections. 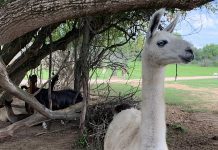