Becoming pregnant was one of the most exciting things to happen in my life. When I first took the positive test, it was my little special secret until I broke the news to my husband. Then after the first trimester, we told all our friends and extended family. With all that excitement, there was also this horrible dread of having to tell my work. I knew this life change would mean a 3-month maternity leave when the company was already short-staffed. It would mean fewer late nights I could work and no longer being able to travel for work at a moment’s notice. After I “broke the news” to my bosses, I went to HR to review my benefits. I was given a little folder and told all the information I needed was in there, and if I had any questions to let them know.

I knew it wasn’t going to be great, but I didn’t know it would be that bad.

At my company, I was enrolled in short-term disability, and basically, after a period of no pay, I was given only 4 weeks of partial pay capped at a certain amount. So for my entire 3-month maternity leave, I would only be given the equivalent of one paycheck.  I could use any of my few paid vacation days, but this would barely cover a few bills. I discussed this with a few other women at my work, and they confirmed this was correct and voiced the same frustration. How taking the necessary time to recover and bond with the baby meant a huge financial burden. It also meant a lot of those moms ended up coming back to work sooner.

After discussing with my husband and endless nights laying in bed, I decided that I had to say something. Not out of anger but out of the sadness of how these moms have been feeling.

It’s all great when work is our whole life, but things become difficult for us when we create life.

One day I got up the courage to confront our CEO. I was at peace knowing that I might not change anything, but I had this deep desire to make sure they knew how we felt. I started the conversation by saying, “Do you know what the company’s maternity leave benefits are?” From there, he admitted “no,” and so I very non emotionally explained. To my shock, he looked at me and admitted that he was unaware of what the policy entailed and that he wanted to review the details.  After reviewing with HR, he told me that there was nothing they could do because of the existing policies. In those conversations, there were definitely moments of defensiveness and confrontation, but I was proud that I made myself heard in the end.

Sadly the company I worked for didn’t change its policies, but I was provided with more paid vacation time, which did help provide a little financial help. I hope that my conversation will not be forgotten and that the next time company benefits are reviewed, they think twice about what they are doing for women.

At the end of the day, companies need to take care of female employees during their most vulnerable times.

We need to feel respected to take time for our families and know that this will not hurt our finances or career. I know many women who had no benefits, who were scared to tell their work and lose out on a promotion or hid their pregnancy until after their yearly review. I don’t know why we keep these workplace challenges to ourselves but if you’re going through the same struggles, know you are not alone. Be brave and advocate for your family. Support the moms to be in your life and encourage them to speak up at their workplace.  They say “it takes a village,” so if you spend most of your day at work, shouldn’t that become your “village” too? 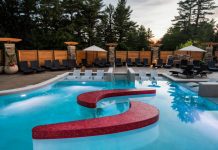