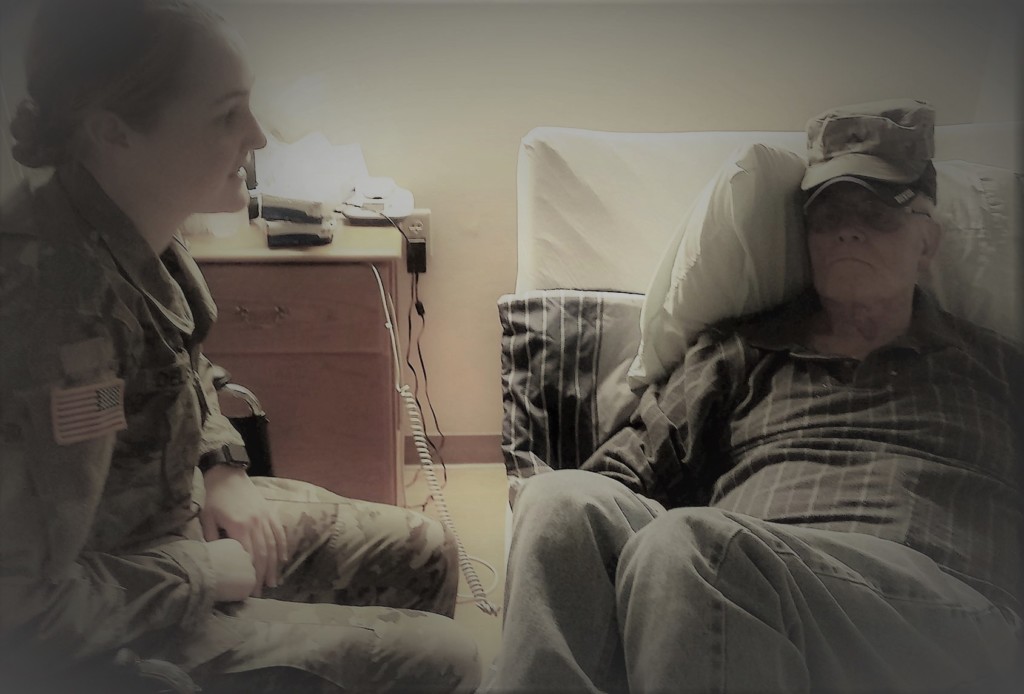 My father has memory loss. Some days are better than others and some days he does not know who I am. It can be heartbreaking. I know it was for my youngest daughter.

She was in from college and stopped to see her beloved grandpa. He had been her special buddy since before she could walk. The two of them together could be seen exploring the yard, sharing fruit snacks, and he was her favorite napping spot until she was too tall and skinny to still be comfortable. On the day she committed to the Army, he was there. It was difficult for him because he had advanced Parkinson’s Disease, but he was so proud of her.

His stroke came just two weeks before she left for Basic Training. She didn’t know what to do, but the Army gave her no choice. He fought to recover his speech, his memory, and so many other things. I remember she wrote him from Fort Leonard Wood. His eyesight had been affected by the stroke, but he would not give up that letter for anything. He carried it with him in his breast pocket. I would find parts of it in his bedding. And the look on his face the day she returned after twenty weeks away…I still cry thinking of it. When his memory loss left him confusing me with my oldest daughter and not knowing other members of the family, he still knew her.

But, as with every insidious disease, the memory loss progressed and his ability to speak worsened. And, so, on this particular day that my youngest came from college to visit, her special buddy did not know who she was. And she felt that loss profoundly. 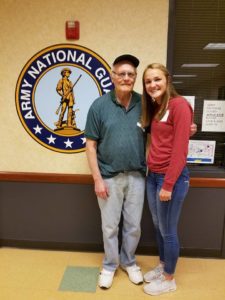 She called me from the nursing home. She said one word, “Momma.” She could say nothing more. I had warned her about his memory loss, but it was not the same as seeing it for herself. I knew why she couldn’t speak, but knew she could listen. I told her: even though his mind does not remember you, his heart does. Even though he could not speak to you clearly or answer questions, you made his day special. I told her that because we love him, we will remember for him. We will make sure that staff knows he was so smart, a musician, that he likes regular coke, not diet, but prefers kool-aid or lemonade. He is an Air Force Veteran and he loves his grandchildren. And I reminded her how much he loves her; reminded her that he was so proud of her all the time.

Lastly, I told her that we will visit him and remember for him because it is not about what he knows anymore, but about who we are. His memory loss doesn’t change the fact that he is a huge part of why we are who we are: people of integrity who love and care for their family just as he was. Why Did This Happen? Medical Experts Weigh In On Pregnancy & Infant Loss | Ascension Wisconsin