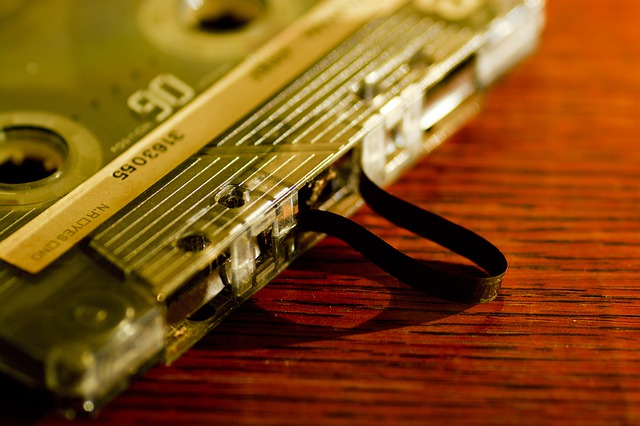 There are some things we did when we were young that our children will never truly understand. When I was in middle school, I would pose my cat Mittens to look like he was doing things, like playing cards or typing on a typewriter or researching in encyclopedias, and take pictures of him doing these things.

The devotion I had to doing this might still be weird nowadays, but it was really weird when I was a kid, because I didn’t just grab an iPhone or even a digital camera to take these pictures on a whim. I saved up money to buy film and carefully rolled it into a camera. Then, after I set up and snapped these pictures, I rode my bike to the local drug store to give them the film, waited a couple days, and rode my bike back to the store to pay for and pick up those ridiculous pictures.

And, then there was the other parts of my story they might never understand. A typewriter. What was that? They have had computers all their lives. Heck, they have computers they can carry in their pockets. A typewriter, I explained to them, was a really heavy keyboard thing that you could use to type individual letters onto a piece of paper. If you messed up, you had to use a little piece of white papery stuff to go back and retype that letter or word to cover up the mistake. And you could only do one copy of it at a time. You’d have to type it all again, or go find a copy machine, to make another sheet of paper. An encyclopedia? Oh, that, I told them, was like google in book form. A whole set of books, one book for pretty much every letter. We had a short book shelf just to house them. We bought them from someone who came to our door selling them. They were probably the 1985 edition. And, yes, by them time I needed them in high school, much of the information was outdated.

When I was telling them about the encyclopedias, they asked why I didn’t just look the stuff up in the library. This led me to explain to them how you used to have to find books in the library using the card catalog. That, I explained, was like a dresser filled with little index cards that helped you find where stuff was. And then there was microfilm and microfiche… which were like… well, I said, you know View-masters? It was kind of like little the little squares on the View-master disks, but you put them into a machine. I lost them on this one. They will never understand…and maybe that’s ok.

But I wasn’t done. I had one more thing to share with them. We couldn’t text. I actually didn’t even text until about seven years ago. Well, I corrected myself, I did text for a couple years before that, but the phone didn’t have keys for every letter, so I had to hit a number either one, two, or three times to make letters. They were really surprised texting was so new. Texting has been around their entire conscious lives. Not only that, I told them, but I was married before I even had a cell phone. So, I had to be home to make or receive phone calls. And, as a kid, I used phones that were connected to the wall! And you actually answered them without knowing who was calling.

As I told them these stories, I thought of my grandpa telling me stories about taking family baths in a big tub in the middle of the kitchen in the days before water heaters. And, I realize that the changes that happened between our two generations seemed unbelievably big to me. But, as far as technology, we’ve seen just as big of change in just one generation… or maybe I’m just finding the need to tell them these stories because I’m getting old!