I recently earned my orange belt in Taekwondo.

It’s quickly become my new favorite accessory. It may not be my most fashionable or the most budget-friendly, but is the accessory that has taught me the most.

To the naked eye, it’s just a piece of fabric. To those familiar with the sport, it’s merely the first step in a long journey toward the highly-revered black belt. To my son, it’s an attempt for his mother to bond over a mutual interest. But to me, the orange belt is the greatest symbol of both pride earned and humility learned.

My journey with Taekwondo began when I was about my son’s age. I begged my parents to sign me up for a class at our local community center during the first run of Power Rangers popularity. My dreams of taking over being the Pink Ranger were short-lived, however, as I held onto the wall each time I went to kick. Coordination and grace were two things I was not blessed with.

During my son’s first belt testing, the Grand Master asked for a show of hands of parents who also participate in Taekwondo. He was deeply disappointed when no one raised their hand. But when a Grand Master in Taekwondo recommends that you take up the sport, you resist and come up with private excuses…until you wind up tying your own gi on. This time around, I was able to step away from the wall and became friends with my old foe the front kick. But in an incident that my husband has deemed “Hopgate 2017,” I sprained my right calf muscle (and ego) in an epic game of “Hop Hop Goose” while chasing my son. We attend our class together on Saturday mornings due to soccer scheduling and it’s brought us closer together.

It’s a very different experience to call the kid that you drove to practice “Sir” and to bow to him moments after you help him get his uniform on.

I think my son secretly enjoys it, since he is a higher rank than I am based on when he received his orange belt. It’s definitely humbling to think you’ve learned your belt form just to have your son shake his head and fix your stance.

Between learning the sport from someone entering their senior year in high school and testing self-defense moves with children even younger than yours, I’ve learned that respect is key in martial arts and it is not given but it is truly earned. I’ve also been honored to help the instructor and be the recipient of respect from children who don’t know me, but are thankful for the assistance. It was not easy to try something new at 32, but it’s been so rewarding. Running laps is the bane of my existence (with jumping jacks a close second), but it has gotten easier in these six months. My punches and kicks are getting stronger, but more importantly, so am I.

The cherry on the top of this sundae of awesomeness is being able to look over at my kiddo and see him wink at me in pride. He was the one cheering loudest when I got my orange belt. It’s really a cool experience to work with him now towards earning our yellow belts and to high-five him on the gym floor when we’ve learned a new skill or mastered a piece of belt form.

I’ve been able to witness first-hand growth in my kiddo that is truly incredible. He didn’t even want to get in line during his own first practice because he was so shy. Getting him to volunteer was a faraway dream. In the past year, thanks to his determination and fantastic instructors, he has volunteered and become a leader in his peer group. I’ve seen this change in him outside of that gymnasium too.

I can’t wait to see where Taekwondo takes us together. 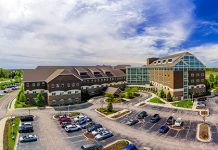 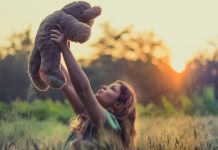 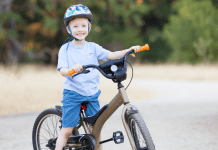