Growing up in the wake of a number of sex abuse scandals, I thought I had the perfect “abuse prevention” phrase for my children. I had borrowed it from a friend of my parents.

We discussed “secret touches” and talked about bodily autonomy. I thought I had it covered. Right?

How wrong I was.

One lovely spring day, I check my email to see this from a friend:

I am subbing in 5K today and wanted to make you aware of an incident that just occurred in the loft.
(Girl) shouted down to me that (my son) had shown his butt.  I quickly talked to (my son) privately asking him what had taken place.  He stated they were playing Doctor and he was told to show his penis.  He didn’t know if that just meant his pants or his penis.  When I asked if he did show it he said yes.  I don’t think he pulled his pants down and I am not sure if all the girls saw anything but he did seem to be confused about what he was or wasn’t supposed to do in this situation.  There was some finger pointed of who told him to show his penis but I didn’t continue with that, I calmly told everyone that we do not play Doctor and we never ask anyone to show their private parts.
Please have a conversation about this at home and remind the children of appropriate play. I wanted you all to be aware of what happened and how I handled the situation.  In the future, I think I’ll save loft time for (teacher’s name)!”

I didn’t realize that my five-year-old, with a brain that was so incredibly literal, would think that it was okay as long as someone SAID they were a doctor. I sent an email back to the parents of the girls who witnessed this, completely mortified. Everyone was, of course, incredibly kind and gracious with me. Bless them.

Upon reflection, however, as embarrassing as it was for me to have my son expose himself in class, this could have been FAR worse. He could have been told someone was a doctor–someone with nefarious intentions. It was clear I needed to step up my abuse prevention game.

A week later, at the pediatrician’s office, we amended my abuse prevention statement to the following:

“No one sees it, no one touches it, but mom, dad, and the doctor, BUT ONLY IN A DOCTOR’S OFFICE WHEN MOM OR DAD IS PRESENT.”

Have you talked to your kids about their bodies? How are you safeguarding them from potential abuse? It’s clear I still have some work to do when it comes to abuse prevention. 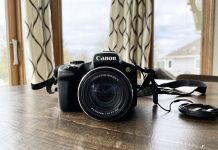 When the world changes, maybe we need to adjust our lens.