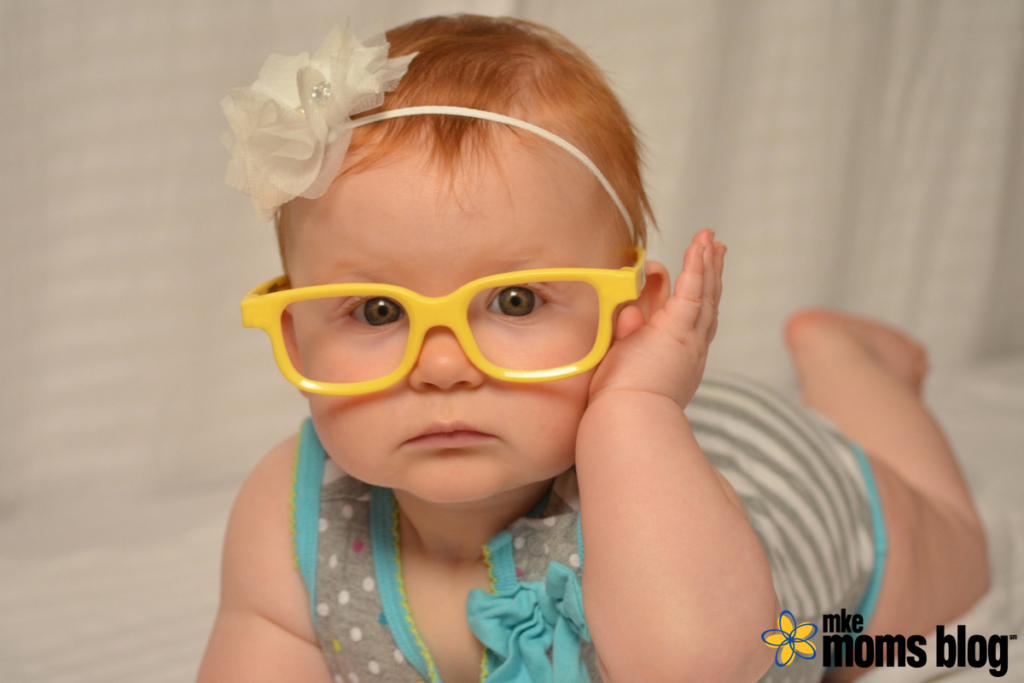 As parents, we schedule our children for a yearly wellness visit, and think nothing of it. We’ve all been taught how important preventative medicine is. Plus, it’s important to see how much your child has grown, check in on their milestones, and build a relationship with their doctor. But, do you take your child to the eye doctor every year?

Sure, they do a quick eye check at school. They also check their eyes at the regular doctor as well. However, I’ve learned that’s it’s also important to take your children to the eye doctor. Not only have I learned from my own experience, but it has also been very beneficial for my children.

I wish I would have seen an eye doctor as a child.

I remember as a child that whenever I would close one eye, it would be blurry. But, I was a kid. I didn’t think anything of it. I could see fine with both eyes open, so I never worried or mentioned it to my mom. Neither of my parents wore glasses. It just wasn’t on our radar.

Then, she got a letter after I failed a school eye test in third grade.

We went to an eye doctor who confirmed I had a lazy eye. It was, however, to late to do anything for it. Patching wouldn’t work because my eyes had already grown. The only solution was glasses with a strong prescription on one side, and a clear lens in the other.

To this day, both my mom and I regret not catching it sooner.

My twins have seen an eye doctor since they were a few weeks old.

When a baby is born before 31 weeks, it’s very important that an eye doctor checks for ROP, which is retinopathy of prematurity. The blood vessels in a premature baby’s eyes have the potential to form abnormally, and there is a chance the retina could detatch. This is the reason that Stevie Wonder, a preemie himself, is blind.

In the NICU, an eye doctor would come and check my boys’ eyes every two weeks. The tool that they use to hold the baby’s eye open looks very scary, but it doesn’t hurt them. It is very hard to watch, though.

One of my boys did develop ROP, and he had laser eye surgery performed. He lost his peripheral vision, but it saved his sight.

After leaving the NICU, we had appointments with the eye doctor every six months, and eventually, it became an annual check.

Neither boy wears glasses, and I love the peace of mind it gives me each time they get a check up.

We take care of their teeth. Why not their eyes?

We never think twice about scheduling a yearly check-up with the pediatrician or a six month cleaning with the dentist, so why isn’t an eye doctor on the list?

Our eyes are so important.

If there aren’t any vision problems in the family, the signs of vision loss or problems might be missed. Yearly visits might not be necessary, but it’s best to ask your doctor.

While it might not be as crucial as it is for my preemies, it’s always a great idea to get your child’s vision and eyes examined.