Last fall I remarried and gained two “bonus” kiddos. In retrospect, while going from a family of three to a family of six and merging two houses completely full of stuff, I should have realized that big changes were in store for all of us.

We’re lucky. Our kids blended beautifully into siblings, and they embraced us both as parents.

My husband and I have similar parenting styles, and we agree on household rules, bedtimes, and consequences. The human elements to our relationship? Great. But it’s the physical stuff – not THAT physical stuff! – that has become a roadblock.

From toys and clothing to artwork and furniture, combining our homes into one has been an ongoing project, and the hardest part of our “new” family.

Along the way, I’ve learned a few things about possessions, figuring out what we can and can’t live without, and how we start our own family traditions to make our space truly “ours.”

Toys: Three girls, between the ages of 4 and 6, means a ton of princesses, dress up clothes, and dolls – and lots of duplicates. I planned the toy clean-out day at a time when all the kids were in school. Going through toys is a lot easier when tiny humans aren’t looking over your shoulder second guessing your decision to discard that kid’s meal toy from six months ago, or the sentimental value of an Octonaut with a missing arm. After eight garbage bags filled with trash and six huge totes filled with toys for a future rummage sale or Goodwill, I was able to start organizing.

We added a playroom in the basement just before the kids moved in with us, so we had a clean slate: no one had laid “claim” to any part of the room. We wanted the kids to learn to share, but still have space for special toys or treasures that would be just for each of them. Each kid got two color-coded bins to fill with special things, and everything else was fair game. So far, the system works pretty well – until someone forgets to put that special toy in the personalized bins and it becomes community property. (Cue the tears.)

Closet and dresser space: You know what they say about goldfish? That the fish will grow as big as the container it’s in? Well, that happened with my clothes. Having the walk-in closet and two large dressers to myself for five years meant I filled every single space with clothes. My wardrobe grew to the size of the container I gave it. I did my best to cull it down to the most important pieces, which meant getting rid of nearly half of my clothes and building clothing storage in the basement for off-season clothes. I still can’t find that one pair of boots, but I managed to get through winter without them.

Artwork and family heirlooms: We saved the merging of artwork and furniture until after Christmas. Having a blank slate after holiday decorations came down was the perfect time to figure out what our new “look” would be. We took everything off the walls of every room, lined all our artwork up in the living room, and piece-by-piece decided what we kept and where it went. We started with pieces that were most important to us: the metalwork wall hanging his mom bought him, the “Best Day Ever” sign from our wedding, and a framed black and white photo for which I won a photography award. Some, like the photos of Irish ruins I took while on vacation with my late husband, went into storage to make room for new pieces. We also started a new tradition: each family member painted an 8×11 canvas with the design of his/her choice and we hung all six canvases together on the wall going into the newly finished basement. Family heirloom furniture took precedence over anything from IKEA, and after moving tables around room to room, we found an arrangement that everyone could be happy with.

Mementos from “previous” lives: This one has been the toughest. When a marriage ends – either by divorce or death – what do you do with the family photos and keepsakes that depict a different time and different life? We decided to display the last family photo of Ethan and Lauren with their dad on a shelf in the living room, but everything else went into storage. Someday the kids can decide what to do with the wooden “established in (year of first wedding)” sign painted by a long-dead great aunt or the album of wedding photos. I can’t bear to part with some of this stuff because I think the kids may want some of it someday, but it’s also really awkward to have it on display in “our” new home.

Have you “merged” households? What tips do you have to make the transition smooth for everyone? What do you do with the stuff from previous marriage? 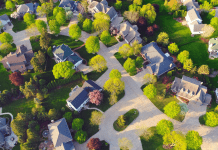 The Power of Good Neighbors 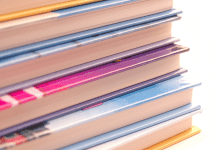 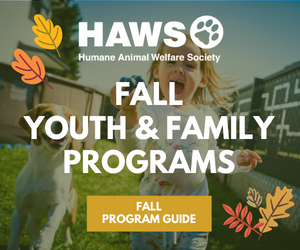