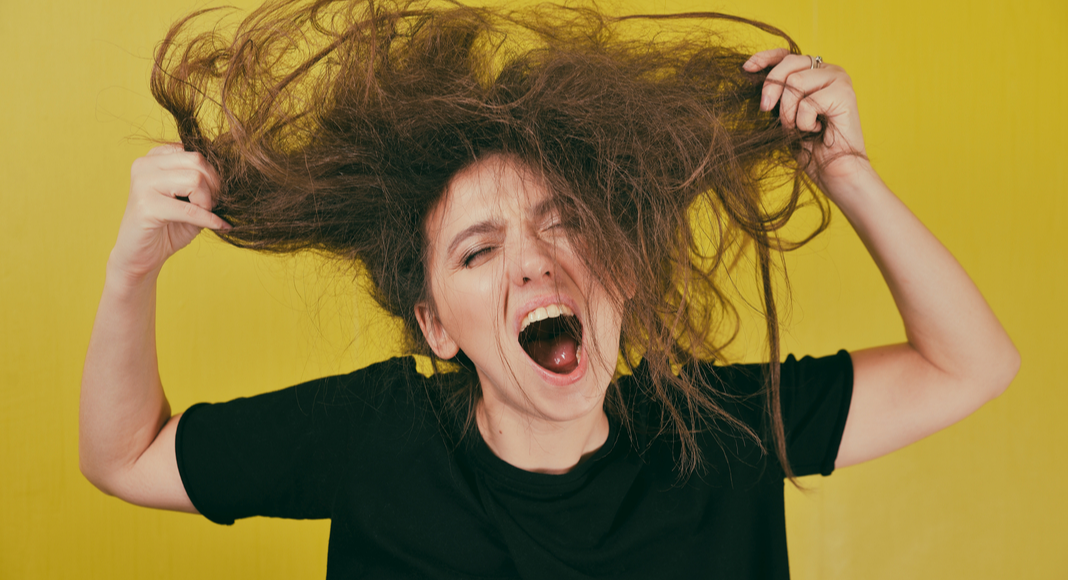 Oh, my gosh. I’ve been there. And, there are a lot of us there. The school year is in full swing, and although this summer we thought the lack of structure was the problem, that’s no longer the issue. We have the structure of a school schedule back in place, but our kids are melting down and they’re still at each other’s throats. So we don’t know what we need, but we need something so we don’t kill our kids… or at least yell at them.

First, let’s change the question a bit. Why do we yell?

I’m going to say this, not because I want to be a big Braggy McBragpants, but because I want you to know it can be done.  I don’t yell at my kids. Am I perfect? Heck no. Not even close. Am I just naturally really calm and patient? If that last one was a “heck no,” I’d have to elevate this up to a h-e-double hockey sticks no. I’m anything but naturally patient.

Before I had kids, I vowed I would never touch them out of anger and I’d never yell. I had hot tempered parents, and I saw the way it affected me. I did not want to be a mom who handed those particular issues on to my kids. (No doubt I’m giving them a whole other set of issues, though.)

I take a lot of breaks

What does this mean? When my own kids were little, we didn’t have the option to hire help all the time. So, my breaks were shorter: a trip to bathroom with the door shut, stepping out of the room for a few deep breaths, putting three of them into the stroller and one on her bike and going for a walk, or even driving to Target just so they could be contained in carseats for a while. Also, I’d sometimes turn on TV. I used to think I was failing as a mother if I put on TV to get myself some time.  But, when I started working with parents and they’d express that same thought, I realized I’d been silly. Which is more detrimental, a half hour of Paw Patrol or a parent on the verge of a yelling tirade? Put on TV, get some self-care, and come back and love those kids up! Find a way to give yourself some time. It’s like the flight attendants tell us, “Put on your own oxygen mask first.”

I get quiet when I’m getting mad

Before kids, yelling was my go-to way of expressing frustration at home… just ask my poor husband about those early days of marriage. But, as a teacher, I would tell my class, “We can begin when I see you’re ready,” and then wait as they all got themselves together. I realized I could do something similar with my own kids. Kids soon realize that you’re quiet because you need something from them. And, in the long term, they’re more likely to want to make the changes. Even if yelling is “working” for you now, what’s the big picture? Do you want your kids to learn that yelling is how they get their way? Do you want them to to learn that they can do their own thing, oblivious of their loved one’s feelings, until someone yells at them? My kids have, for the most part, become in tune with other’s feelings. Just today, I was a little overwhelmed, and my nine-year-old came over, rubbed my back a moment, and said, “I’m sorry today isn’t turning out quite like you hoped.”

Yeah, sometimes kids just seem to be being jerks, but maybe they’re tired or hungry or had a stressful day at school. I try to think of what I could do to help change the situation. Do they need some down time, a snack, or a few minutes of alone time? If it seems like they just aren’t listening, maybe I’m not giving them the directions in a way they understand or in a way that they understand the importance of the direction. I try to own some of the problem and look for solutions instead of yelling.

I talk to them, not over them

I occasionally realize that I’m just yelling out things I want done and just hoping those words fly through the air and find their way into my kids’ ears. I find it’s much more effective when I walk over to my kids, look them in the eyes, and tell them what I need them to do. Obviously, lives are busy, and this isn’t always possible, but when I’m having a hard time getting a child to listen, this is very effective.

I get a hug

Sometimes when the world is just insane, it means it’s time to step away from all that and just take a moment to appreciate each other. I tend to get wrapped up in all that needs to be done, but I’ve learned that when I step away for a moment, I’m actually more productive when I come back. And things never seem as overwhelming after that break, either.

I tell them how I’m feeling

It’s surprisingly effective to say to my kids, “Yikes!  I’m feeling really overwhelmed right now. I have to make dinner, then I have to pick up Luke and Ally from piano, and the table is a total mess. Can you help me by cleaning off the table?” I have never had my kids neglect to help me when I tell them what I need by first stating my feelings.

We have a meeting

When something is becoming a pattern, we call a quick meeting to discuss what’s going on and have the kids offer solutions. I’m often surprised by the wonderful solutions the kids suggest, many times better than anything I would have thought up. 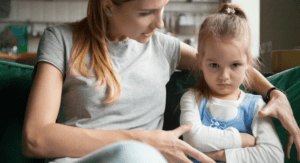 I try to make self-care a priority

For me, I need my sleep. If I don’t get enough sleep, I’m a hot mess. Although it was next to impossible when I was nursing twins and had three kids in diapers, I still tried to make that my non-negotiable. I try to plan ways I can get in a little extra sleep. I also need physical exercise. This was also hard with little ones, especially in the middle of winter and my germaphobic fear of gym nurseries, but there are usually ways to make things work. Think of what you need to feel better and brainstorm ways to make that happen. Be creative and be diligent about getting yourself that care.

I remember this too shall pass

When I find myself about to yell, I ask myself what about the situation is making me so upset. Is it because it’s the 50th time it’s happened? If so, then I do as mentioned above and have a meeting. Is it because I’m just exhausted? Then I need to find a way to get in my self-care. Is it because I don’t see a problem getting better? Then I try to put it in perspective. Maybe I need to talk to other parents. Also, sometimes it helps to remind myself of the times other things seemed like huge problems. When I thought my oldest would never learn to crawl because she scooted around on her butt. When one of my kids wouldn’t poop in the toilet. But, in the last few months, I’ve never once given thought to how either of these kids crawl or poop. Most things don’t last.

Most of all, I make a plan

I can’t say this with enough emphasis, but none of us was ready to be a parent before we had kids. Teachers and child care workers have an advantage, so do pediatricians and psychologists, but no one is prepared for all the things we need to know to parent. And none of us were given detailed instructions on parenthood before we were handed our babies. So get some parenting books, take a class, or hire a parenting coach.

I think a lot of my success with not yelling is because when my first was born, I started learning Love and Logic. (And loved it so much I became a trainer and parent coach.) If I didn’t have these plans on how to handle things, I’m sure the frustration would be so much worse and I doubt I could make it a day without yelling. 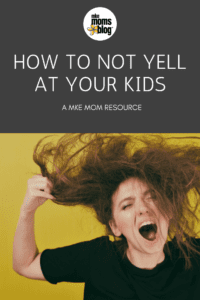 A Letter to My Three White Sons A Letter to my Black Son

Motherhood Has Changed My Social Life