The moment I saw those two little lines on a pregnancy test I knew my life was about to change! I was so thrilled that we would be adding another child to our family and that my son was going to be a big brother. The moments of happiness and feelings of excitement seemed to diminish once I reached the six week mark in my second pregnancy.

I was nauseous…and I mean ALL DAY, everyday. Nothing sounded good to me and I had to force myself to eat just so I wouldn’t feel so terrible.

I my second pregnancy came while I had a two year old to keep up with and shortly after I became a stay at home mom. I was so excited for the opportunity to hang out with my little guy on a daily basis, but I had literally no energy. Most days, all I could do was turn on the TV so I could rest and not have to move from the couch. I felt like I wasn’t giving my child 100% or even 50% of the time and energy that he deserved! I thought I was letting him down because the new baby wasn’t even here yet and I already wasn’t giving him all of my time. Most days I felt defeated and the mom guilt set in.

No one told me how difficult it was to be pregnant while taking care of another child. My child craves attention and to be physically touching me most of the time. I had to tell him no when he wanted to be picked up or sit him next to me instead of on my lap any chance I could. I declined playing with him many times and just simply watched instead. No one told me how hard it would be to feel like a normal human and try to cook or clean all while feeling miserable. I didn’t remember feeling this terrible for such a long time when I was pregnant with my first child.

Even though the first fifteen weeks of pregnancy were rough, we got through it and I realized my toddler STILL loves me and wants me to play with him. I learned to forgive myself and just do the best that I can. Naps became my best friend while my son was napping during the day. We got into a “new routine” and I learned to put mine and this growing baby’s needs first. I realized that my son would adapt. Now that I am feeling better, I am looking forward to spending the rest of my pregnancy giving my first born all of my attention and love. 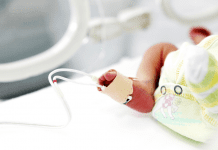