I am a firefighter, retired now after 22 years, but still a firefighter at heart. And I am a mom. A mom who had to explain to her daughters the dangers of being a firefighter on the day following 9/11.

The morning of September 11, 2001 was sunny in Wisconsin. I know this because I was coming off a shift at Fire Station 3 in Wauwatosa and we had the garage doors to the bay open. The air was crisp with the promise of autumn and I was waiting for my shift relief to come in so I could attend an Emergency Medical Services conference in Oconomowoc.

My gear was stacked by the engine so I could grab and go as soon as my guy arrived and I gave him the usual spiel about the shift before and any equipment he needed to pay attention to. The rest of my crew was doing pretty much the same as I — hanging around the fire trucks and engines watching the parking lot for their relief. There was joking, some ribbing, coffee in hand, and the camaraderie that exists in every fire house in America every day.

Just a regular shift change at the firehouse. I don’t remember who my relief was. Probably one of the many brothers and sisters I had made in the fire service over the past several years. There was the usual ‘see you in the morning’ and I left the station. Reitman and Mueller were still at WKTI and when I started my truck they were more serious than usual. I followed with interest their discussion on a plane hitting a World Trade Tower as I took I-94 West. And then, another plane hit the towers and my heart sank. I knew it wasn’t an accident.

There were over a hundred of us at the conference, volunteer and full-time firefighters, Emergency Med Techs, and paramedics. The atmosphere was solemn as we entered our first training session. As we exited the conference area to move to another breakout area, the word came in: 2 World Trade had collapsed at 9:59 a.m., 8:59 our time. There was silence. My first thought was “How many firefighters were still in the tower?” Our pagers began to go off and cell phones began to ring. Municipalities, unsure of what was going on, were beginning to call back their protective services personnel. Word came that there were other planes unaccounted for. Firefighters who were National Guard members left the conference immediately ordered to report for duty.

When all was finished, 1 World Trade and 7 World Trade had collapsed, I and several Tosa firefighters had been activated as firefighter/paramedics with special teams training for rescue and then deactivated as it became evident there were no survivors.

343 firefighters, 71 law enforcement officers, and 2192 civilians had died in New York. This did not include the Pentagon or Flight 93 or the deaths since from complications from injuries or illnesses that day.

Until that point, my husband and I had only shared the funny stories with our girls. I told them about the practical jokes played at the fire house or the funny calls we were sent on. When they visited, my fire crew would joke with them and treat them like their own kids. But, the school had let my 7 and 9 year old see the towers collapse on TV in the classroom.

My girls did not see history, they saw their mom and her friends and their fire trucks buried in cement and dust and ash.

We tried to talk to the girls, but one was flippant, making inappropriate jokes. The other was too serious and didn’t want me to go back to work. We had to ask a school counselor help them sort through the many feelings they had and my husband and I had to be honest about what happened when I put on my uniform.

At the five year anniversary of 9/11, my older girls, now 12 and 14, and I sat down to watch the tear-jerking tributes to the firefighters of 9/11. Beautiful stories about their children and how they were moving on despite missing their parent. How do you talk to your kids about a job that can hurt you?

I told them that if I was ever hurt or killed they were to know that I was not afraid and alone. They had to know that my crew, my brothers and sisters on the job, would be working as hard as they could to get to me. I told them that if I died, that my last thoughts would be of them and their dad and how sorry I was not to get to see them grow up. We cried together and talked about the importance of brave people who put others first and the sacrifices they make.

Sacrifices of missing holidays, birthdays, milestones, and sometimes the greatest sacrifice of all. Never forget. 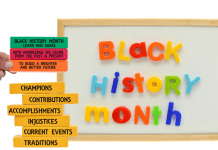 Local Support and Resources for the Waukesha Community